Air Flow Meters And The Most Common Symptoms Of Failure 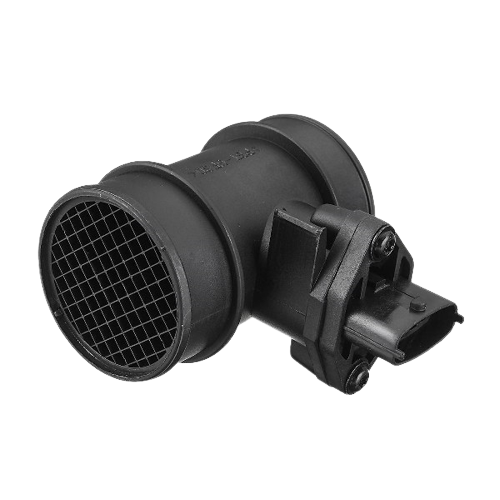 In this article we are going to discuss one of your vehicle’s most vital components, the Mass Air Flow meter and look into the common symptoms that warn drivers of its imminent failure. Every car owner/ driver should be aware of these symptoms so that they can attend to any issues timeously and thus avoid any potential long-term problems or severe engine damage.

Primary Function Of The Airflow Meter

The Mass Airflow Meter has an extremely important function: it measures the amount of air entering the engine at any given time and then relays this information to the ECU (Engine Control Unit) or Engine Management System (EMS). You may also have heard this referred to as an engine control module (ECM). While the ECU may also have a number of different names, its purpose remains the same - to keep the engine operating smoothly and efficiently.

The Inner Workings Of The Vehicle’s Engine

The internal workings of a vehicle’s engine are quite complex but ultimately a petrol engine needs air, fuel and spark to run. The air/fuel mix needs to be metered out in a precise ratio for optimal performance. If either one or the other increases or decreases, the vehicle’s computer (ECU) endeavors to correct it. To do this, the ECU needs to know the exact measurements of how much air is going into the engine at any given time - enter the Mass Air Flow Meter. Once the ECU receives this information from the airflow meter, it calculates the exact quantity of fuel needed to be injected for an optimal air-fuel mix ratio.

When a MAF sensor fails, the engine will not know the correct amount of fuel to add to the air/fuel mix which can cause several problems and dangerous situations. These are the most common symptoms that should alert you to imminent failure:

The most common sign of mass air flow meter failure is when the Check Engine Light comes on. Regardless of whether there are any other obvious signs of an MAF problem, if this sign comes on, you should have your car checked out by your local mechanic. It could be alerting you of a damaged or faulty mass air flow sensor or some other problem entirely.

A failing or bad MAF sensor can cause too much fuel to be left in the combustion chamber, creating untimed detonations. You'll experience this as poor engine performance, unusual hesitations, abnormal jolts of power and sudden jerking motions while driving, particularly during acceleration.

The ECU manages the engine, transmission, and other systems in your car and if the MAF fails, it will not know how much fuel needs to be injected into the engine. This misreporting will either cause the engine to run too lean (too little fuel) or too rich (too much fuel).

In an internal combustion engine, approximately 10,000 litres of air is needed to mix with each litre of fuel in order to function efficiently. Without adequate air intake via the air filter, the air/fuel mix will be too fuel-rich and will not burn properly, starving the engine of the oxygen it needs.Too much fuel in the air/fuel mixture can cause your vehicle to misfire, surge, sputter, or even stall. Rich mixtures can create detonations or “knocking,” as well as leaving a residue of particles in the combustion chamber which can damage your spark plugs in the process.

A fuel mixture that is too “rich”could also be the cause of rough idling, causing the vehicle to vibrate excessively when stationary and feel rough when the engine is running. When the car is idle, you may notice that the RPMs behave erratically, jumping around.

On the other hand, a “lean” fuel mixture occurs when there is too much air/ not enough fuel in your engine. Since there isn't enough fuel being burnt, slow acceleration, rough handling or stalling can occur. Your car may appear to struggle for power as the combustion process keeps failing. This could be caused by dirt buildup on the MAF but should be checked by a professional nonetheless.

Both scenarios can cause severe engine damage.

Black exhaust smoke coming from your car is a clear indication of a problem. It could be that your MAF sensor is damaged or failing and therefore is causing the ECU to calculate incorrect fuel injection, resulting in black smoke being emitted.

If you are having start-up trouble, again the air-fuel mixture might be off balance if your MAF is failing or has failed.

If you find yourself filling up with fuel more than usual, this could be a sign of a faulty or failing MAF. In fact, even if the MAF sensor does not fail completely, if the readings are inaccurate it can affect fuel economy. Too much fuel, giving you a “rich” mixture, means there will be fuel left over after the combustion process, resulting in poor fuel economy. Moreover, by sending inaccurate information to the ECU,  your vehicle tends to burn fuel more quickly than it should.

The Mass Airflow Sensor is also used to determine engine load. If it fails or is showing signs of going bad  it can cause automatic transmission problems such as harsh, late shifts, or soft, early shifts, or the transmission may not be able to shift at all.

Where Is The Mass Air Flow Meter Located?

The precise location of a Mass airflow (MAF) sensor is different for each vehicle but it is often located between the air filter housing and the intake manifold.

What Is The Lifespan Of Mass Airflow Meters?

Mass airflow meters are designed to last the lifetime of your vehicle, but they do degrade over time and can fail. A faulty mass air flow sensor can make it difficult or impossible for the engine control module (ECM) to calculate fuel injection correctly, which can cause a myriad of problems for your vehicle.

Contamination is one of the primary reasons for MAF sensor failure. Particles of air, dirt, dust, debris and other pollutants get into the sensor and it becomes clogged. This type of contamination could occur as early as 18,000-25,000 miles, depending on your vehicle.

Other common causes for failure include:

Is It Better To Clean Or Replace A Mass Airflow Sensor?

MAF sensors can become worn with age or damaged, but in a lot of cases they are just dirty. Before going to the expense of  having them replaced, check if they need to be cleaned. Sometimes a good clean is all that is needed to get them back in working order. Obviously if there is a mechanical or electrical fault, they will need to be replaced.

When you are looking for replacement airflow meters, you want quality parts first and foremost, but you also don’t want them to cost you an arm and a leg! There is a solution for that: AfricaBoyz Online!

With their incredible online deals on premium quality, brand new car parts, buying auto parts and accessories has never been easier or more affordable! If you are needing replacement car parts for any make or model of car, visit their user-friendly website  www.africaboyzonline.com and in a couple of clicks, you will have the car part delivered directly to your door. Awesome  customer service from A-Z!